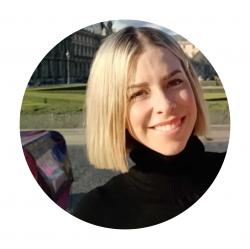 Jodie Chiffey
Authentic & Nurturing Mama at Car Seat Explorer
Jodie is a young mom with a lot on the go who believes that families need to make decisions that work for them, regardless of what others might recommend. She’s here to tell you what she really thinks and share her top family traveling advice.

With its beautiful natural scenery that includes mountains, parks, hot springs, and vast patches of wilderness, Arkansas is a beautiful place to make a home. While it’s a great space to raise a family, anyone wishing to will need to know all about the Arkansas car seat laws.

Arkansas car seat laws might not seem overly important right away. But trust us when we say you’ll need to know about them eventually. These laws aren’t going to be the same between States, so let us help.

We’ll examine everything you need to know about the Arkansas car seat laws, in a simple, easy-to-understand manner. This way anyone with a family in Arkansas can be sure they are safe and following the law. 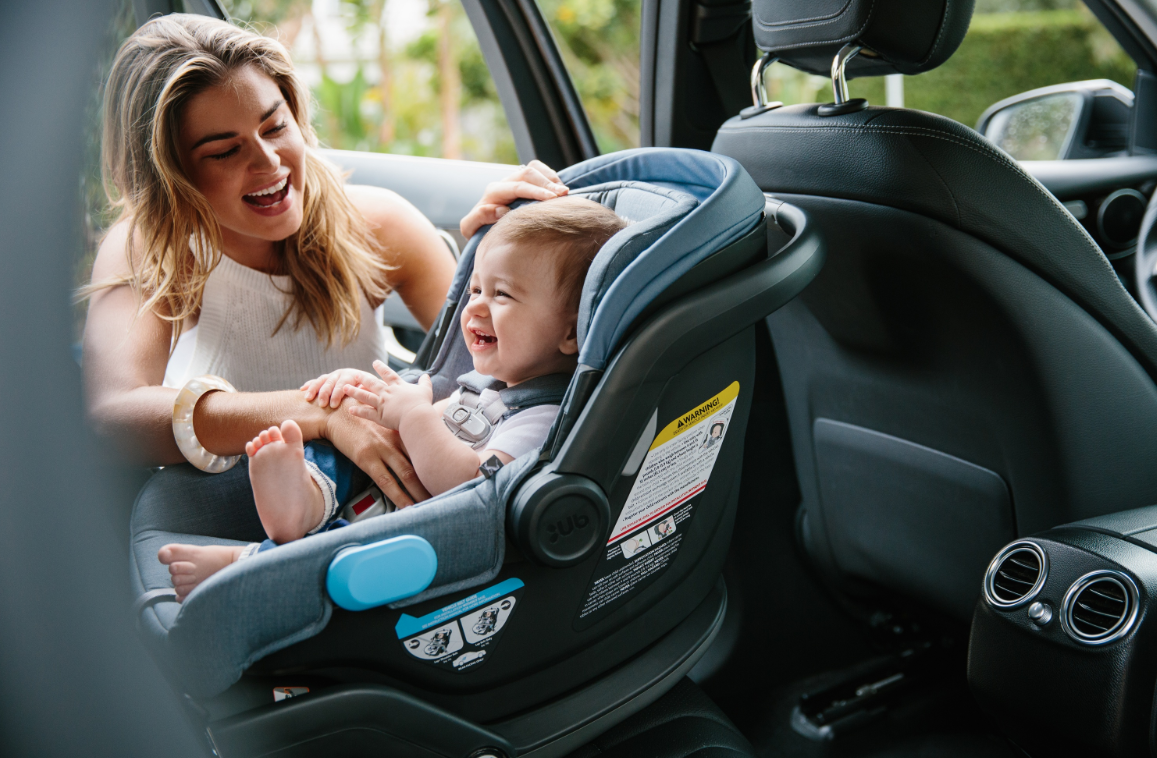 Arkansas car seat laws may appear to be quite strict. Between 2003 and 2012 Arkansas had a very high level of deaths due to car accidents. This was especially high when it came to people under 20. So, there has been a push in recent years to get parents to understand their responsibilities.

Much of these laws are outlined in The Child Passenger Protection Act. We’ll talk more in-depth about everything you need to know, but to brief these are the important things to remember:

We’ll look at other important information below and examine everything else your need to know about Arkansas car seat laws.

The law doesn’t suggest one type of car seat in particular though. However, rear-facing car seats are recommended. The American Academy of Pediatrics also advises that children under 2 years old, should face the rear of a vehicle as well.

Rear-facing car seats are suitable for children aged between 1 and 4. Although you will have to pay close attention to the weight and height limits.

Front-facing car seats can be used once your child is over 2 years old and weighs over 20 pounds. Just like with rear-facing car seats, Arkansas car seat laws don’t recommend one particular type of seat.

You could also utilize a convertible car seat. These car seats can be used as both a rear-facing and front-facing seat. Once a child is old enough, you can convert the car seat from rear-facing to front-facing. Check out our review of the Safety 1st Alpha Omega Elite Convertible Car Seat to find out more about how they work.

Backless or high-back booster seats are outlined by the Arkansas State Police’s Highway Patrol Division as being required until children are at least 8 years old. With the only expectation being if they are above 4’9” tall.

Children can safely use a booster seat once they reach 4 years old. However, they will also need to weigh over 40 pounds as well. There are no requirements under Arkansas car seat laws over which type of booster chair to use either.

So, parents are free to shop around for what they think is best. Take a look at some of our picks for the best booster car seat options, if you’re looking for some inspiration.

Seat Belts – What You Need To Know

Now, while it’s common sense for everyone to wear a seat belt when in a vehicle, you have to remember that seat belts are designed for adults. Under Arkansas car seat laws, seat belts should also only be used if your child is aged 6 or over.

The child will also need to weigh at least 60 pounds as well. You do have a few different options when it comes to alternatives though. You can use booster seats as we highlighted earlier. As long as your child meets the requirements for one.

Small children may also be able to utilize a seat belt extender, like this one from SSAWcasa. In some cases, these belts can also be used in conjunction with a booster seat. Now it’s not uncommon for children to complain about booster seats. But they are necessary under Arkansas car seat laws.

You also have to remember that seat belts can actually harm young children during a crash/ accident. The belt strap could cause significant damage to a child’s chest or spine. So, ensure you are following the proper safety guidelines.

What are the Penalties for Violating Arkansas Car Seat Laws?

“Every driver of a motor vehicle who transports a child under fifteen (15) years of age, shall while the vehicle is in motion and operated on a public road, street, or highway, properly place, maintain, and secure the child in a child passenger restraint system properly secured to the vehicle and meeting applicable federal motor vehicle safety standards.”

Failure to comply with anything under this act will result in a $100 ticket. However, in most cases, the court will lower the fine to $25 if you show proof that you have obtained the proper car seat.

However, if someone is found to repeatedly break this law then the punishment will only grow more severe. A prison sentence is unlikely, but still a possibility and not something any parent should take lightly.

75% of the total fines collected are given to the Arkansas Child Passenger Protection Fund. This special fund is used to buy child passenger safety seats, which are donated to hospitals, children’s groups, and even some individuals to help ensure greater levels of child safety.

What are the Exemptions to the Arkansas Car Seat Laws? 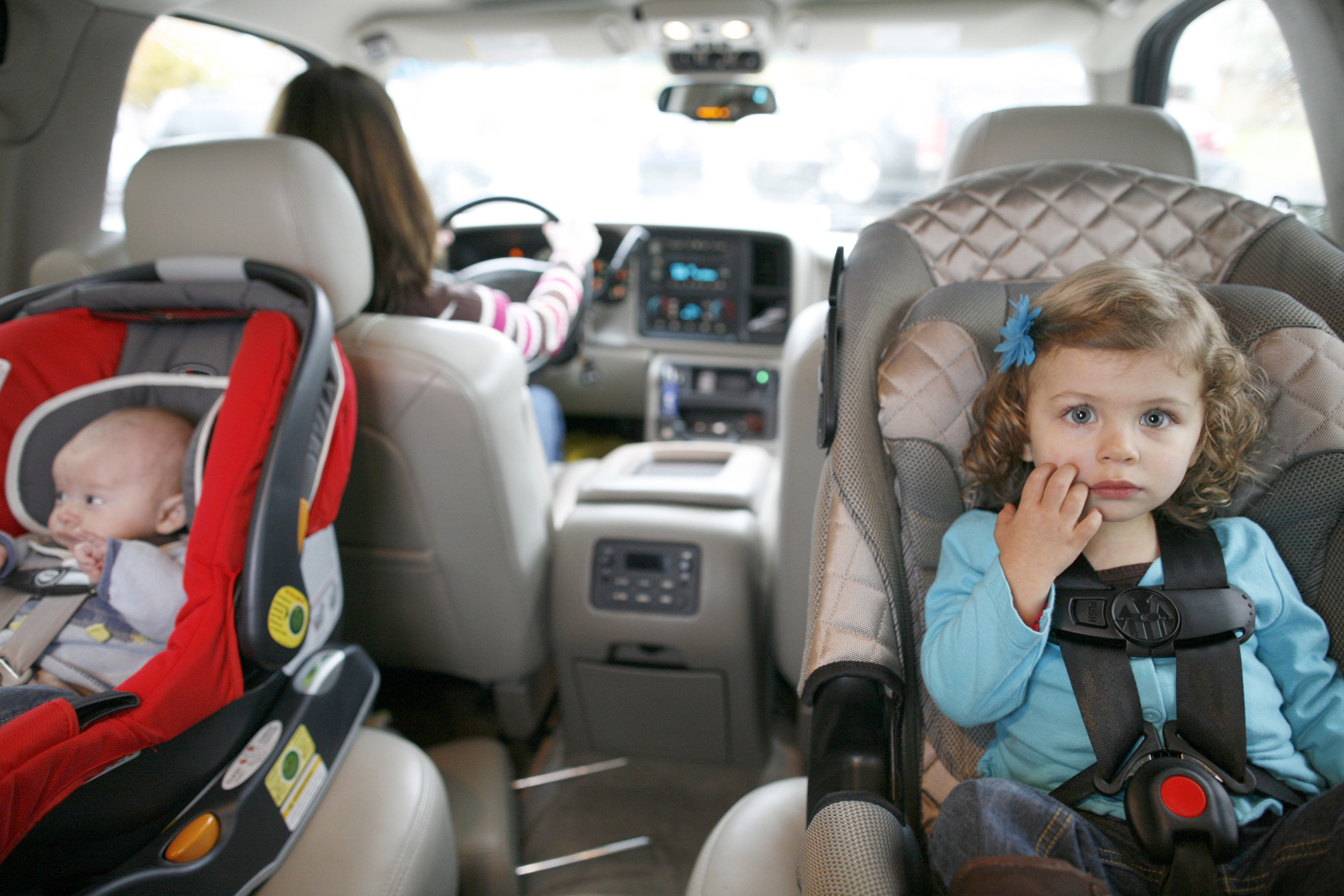 The Arkansas car seat laws, under The Child Passenger Protection Act, do have a few possible exemptions worth knowing about. We have detailed the information below.

The car seat laws don’t apply to emergency vehicles such as ambulances. If a life-threatening emergency occurs to the person driving or occupying a vehicle then the exemption also applies.

This exemption also occurs if the child’s life is in danger. Basically, if there is some form of emergency then a child who would otherwise need to be restrained, would be exempt.

If a child is unable to use a car seat due to a medical reason like a disability, then you will also be exempt. However, a physician’s certification will likely be required.

Other exemptions to the concern vehicles like buses, taxis, and other public transport. These vehicles aren’t required to have car seats. However, taxis should give you enough time to install your own.

I live in Arkansas and Can’t Afford a Car Seat. What Should I Do?

The Cosco’s Topside Backless Booster Car Seat is a great example of this. It’s a budget-friendly model that while no-thrills, is good quality. However, if you do require further support we recommend contacting the Child Passenger Safety Education Program (CPSE).

The CPSE was set up by the University of Arkansas. It was funded by the Highway Safety Office, under the Arkansas State Police. The CPSE offers a wide range of different support services for parents.

This includes safety checkups for parent’s vehicles with certified Child Passenger Safety Technicians. They also provide educational guides, training, and more. Car seats are also available to loan through the CPSE as well.

These child safety seats are available to low-income families and supplied through fitting stations throughout Arkansas. Many local community centers and hospitals/ medical centers also offer support as well.

Question: When Can My Child Ride in the Front Seat?

Answer: Under current laws, your child must be at least 13 before they can ride in the front seat. They must also meet the height requirement of at least 4’9” as well. Children will also need to weigh at least 80 pounds as well.

This may seem quite old to some parents, but it is done to ensure maximum safety. You will also need to ensure the seat belt properly fits your child. Most professionals do also advise that children (even if over 13) should ride in the back if possible. The rear of your vehicle will always be safer for children.

Question: Can I Buy A Car Seat Second Hand?

Answer: Under Arkansas car seat laws, you can buy a car seat secondhand. However, you will need to ensure the car seat is less than 6 years old and that it hasn’t been involved in a crash. So, if you trust the seller you can.

However, we do strongly recommend opting for a new car seat whenever possible. It’s not always simple to judge how long a car seat is good for on appearance alone. So, buying new is strongly advised.

Question: Can I Reuse A Car Seat?

Answer: Technically, you can reuse a car seat. As long as it isn’t more than 6 years old and hasn’t been involved in a crash. However, just because you can, that doesn’t mean you should.

Car seats can collect wear and tear over time. And most children will be happier to use a car seat that is exclusively theirs. So, we don’t really recommend reusing a car seat if it can be avoided.

Question: When Should I Replace A Car Seat?

Answer: You should replace a car seat if it is over 6 years old. Even if it still looks like it’s in good condition it could easily have internal damage. You should also replace any car seat if it has been involved in some form of accident.

Question: Why Can’t I Just Use A Seat Belt?

Answer: We touched upon this earlier but it is worth highlighting again. A seat belt isn’t an alternative to a car seat. It might seem like it, but it isn’t. Seat belts are designed for adults and don’t provide the level of safety/ security you need for children.

They are just as likely to cause injuries to children in the event of an accident. Car seats on the other hand have been shown to greatly reduce the risk of injury. So, be smart and use a car seat.

Yes, we know shopping for a car seat isn’t going to be very exciting. However, this is not an area to be taken lightly. There is a lot to think about and consider as the Arkansas car seat laws show. You should do your research carefully, and check out reviews for any car seat you’re interested in. Our guide on how to find the best car seat will also be sure to help.

This won’t just ensure your child is secure but also comfortable and content. It will also help ensure you get the best out of any car seat you buy. We also strongly recommend keeping an eye out for Federal Motor Vehicle Safety Standard 213. Commonly abbreviated as FMVSS 213, this label will show that the car seat meets federal safety standards.